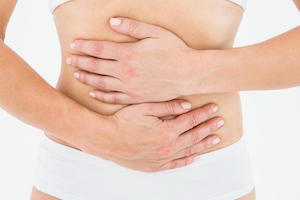 I just feel it in my gut. This commonly used phrase may have a sounder basis than we previously realized. Holistic health providers, like the professionals at Canberra Spine Centre, have always known that every system in the human body interacts with each other, but the scientific data has often been slow to back this up.

In the 1980s only a handful of scientists were investigating the possible connection between the brain and bacteria of the gastrointestinal system. They had difficulty with funding and even more difficulty getting published in scientific journals. But thanks to their hard work, proper scientific methods, and persistence, this field of research is now enjoying wide acceptance and popularity.

There is now indisputable evidence that the bacteria in our gastrointestinal (GI) tracts affect brain function, and to an extent far greater than previously thought. Anxiety, depression, autism, and hyperactivity all seem to have definite relationships to the bacterial community living in our guts.

The Animal Inside You

The size and complexity of the bacteria that live in our digestive tract is mindboggling. There are upwards of 1000 different species and probably over 100 trillion individual bacterium that dwell in our intestines. That is far more than the total number of cells that make up our bodies. If you took the bacteria out of your system, it would weigh around 1.5 – 2 kilograms! That is like a small animal living inside us.

For a long time it has been known that the bacterial community, known as the microbiome, functions in very important ways: aiding food digestion, vitamin production, and protecting against harmful bacteria and disease. We have a symbiotic relationship with our microbiomes that is essential for life. We could not live without it.

In the last 3 decades, scientists have discovered that the intestinal microbiome plays a much wider role in human health than merely aiding digestion.

Today, science is studying the connections between the microbiome and autism, anxiety, depression, and other disorders. Bacteria in the gut produce neurotransmitters such as serotonin, norepinephrine, acetylcholine, melatonin, dopamine, butyrate, and GABA, all of which play key roles in mood control and cognition. The microbiome regulates the production and metabolism of these chemicals, thus determining the levels of these chemicals in the blood and brain.

Much of the research in this field has been conducted with mice. Different species of mice are aggressive and bold, while others are more cautious and timid. By transplanting microbiomes, scientists were able to make aggressive mice timid and timid mice bold. This proved that behaviour is definitely linked to gastrointestinal chemistry.

It has been known for some time that the majority of people suffering from autism often experienced bowel and digestive disorders. It is also well known that people suffering from chronic gastrointestinal problems, such as irritable bowel syndrome (IBS) and Crohn’s disease, also suffer from anxiety and depression.

This knowledge led to research in which mice were given low-grade gut inflammation. The resulting change in brain chemistry caused them to display obvious anxiety-like behaviours. When they were treated with a beneficial microbe for 10 days, the mice behaviour returned to normal.

Before babies are born, their gut is sterile. During vaginal delivery they are exposed to the mother’s vaginal and gut flora, ingesting some of these. The maternal bacteria are the initial building blocks from which the infant’s microbiome grows. If the mother’s microbiome is out of balance from stress or poor health, that can adversely affect the development of the baby. It is suspected that problems in the microbiome at this early stage of life can have severe consequences for the newborn.

To see if there was any connection between prenatal stress and infant development, scientists induced stress on pregnant mice and found that their microbiomes were significantly lacking in good bacteria. Consequently, the offspring also lacked good bacteria in similar proportions. The pups developed digestive disorders and abnormal development of the hypothalamus, a part of the brain that helps regulate response to stress.

Just as the gut has a powerful influence on the brain, the brain also exerts a powerful effect on the microbiome in the gut. Most of us know this intuitively. Stress from external sources, be they emotional or physical, can cause a reaction in the gut. “Worried sick,” is one way we verbalize this relationship.

Experiments showed that inducing stress in mice with external factors (threatening smells, or aggressive mice cohabitating with timid mice) reduced populations of good bacteria and dramatically increased intestinal inflammation, making the subjects more susceptible to infection and disease. Stress induced changes in the microbiome can, in turn, affect the brain and behaviour.

The research showed that environmental stress changes the microbiome and plays a key role in gastrointestinal inflammation. This knowledge may be of great use in creating future treatments for Crohn’s disease and IBS.

A well-known experiment by Mayer of UCLA, involved 25 female volunteers. Twelve of them ate 2 cups of commercially available yogurt (a probiotic food that contains 4 species of living bacteria) and the rest did not. Before and after the 4 week experiment, the subjects were given brain scans to gauge their responses to images of varying facial expressions (happy, sad, angry, confused, etc.)

The results were surprising for such a simple experiment. After 1 month, the yogurt-eaters reacted much more calmly to the images than their control group counterparts. The differences were clearly significant. This implies that the yogurt changed their microbiomes, which in turn altered their brain chemistry.

The ways in which the gut microbiome, the immune system, and the brain act on and react to each other is still very mysterious. Given the complexity of the microbiome, the central nervous system, the brain, and external factors (diet, sleep, relationships at work and home, etc.), science is just now beginning to scratch the surface of the gut-brain axis. The potential medical break-throughs for baffling medical conditions (autism, chronic depression, ISB) is very encouraging.

Exactly how chemicals produced in the gut reach the brain is still not greatly understood. The brain is isolated from the most of the body chemistry by the blood-brain barrier (BBB), although, the blood and the immune system certainly are key factors. However, another vital link is the vagus nerve.

The vagus nerve seems to be one of the main pathways from the gut to the brain. This is known from the study of gamma-Aminobutyric acid (GABA). GABA is an important neurotransmitter that that regulates many physiological and psychological processes. Changes in GABA reception in the brain have been implicated in the pathogenesis of anxiety, depression, and bowel disorders. One study showed that mice with a severed vagus nerve did not experience neurochemical and behavioural effects from GABA alterations. This indicates that the vagus nerve is a key pathway in the gut-brain axis.

The vagus nerve travels from the gastrointestinal system to the brain through the spine. The spine is of paramount importance to the health of the central nervous system and the entirety of the body that communicates through it.

The spine is composed of bony vertebrae connected by cushioning discs. The central nervous system is encased inside the spine. Nerves from all parts of the body connect to the brain by entering the spine through spaces in between the vertebrae. Injuries, or misaligned vertebrae, can create serious problems for the flow of information that the body needs to operate and regulate itself.

Misalignments in the spine are called vertebral subluxations. Chiropractors are experts in locating and treating these subluxations through the use of precise adjustments to the spine.

Vertebral subluxations can interfere with an otherwise well-functioning nervous system and create problems in all areas of the body as well as influencing mental and emotional wellbeing. The main mechanism by which subluxations affect the overall function of the nervous system is by altering sensory input (reduced movement, or mechanoreceptor input, and increased pain, or nociceptor input) into the brain. This results in over or under-stimulation of areas of the brain that control our muscles, internal organs, hormones, immune system and more. Symptoms can be acute and painful, or entirely unnoticeable until problems develop in the future.

It is important to maintain a healthy, properly functioning spine to ensure proper function of your brain and the body it controls. A healthy nervous system leads to a healthier body and mind.

The professionals at Canberra Spine Centre are ready and eager to talk to you about your how your diet, your lifestyle, and your spinal health can affect your gut health and your state of mind, moods, and overall wellbeing.