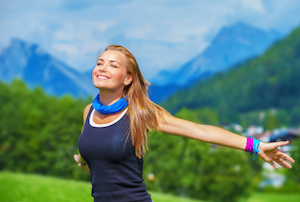 The Australian Cancer Council also recommends several measures of covering up, including UV protective sunglasses, shirts, hats and sunscreen. The World Health Organisation states that, ‘there is no such thing as a healthy tan’. I’m not across the statistics on skin cancer, but it would make sense that such thorough public education has borne fruit in reduced rates of skin cancer in Australians. Comparing the skin and faces of people in their Seventies with those 20 – 30 years younger gives you an idea of how we are going on the skincare front.

I’m not talking about skin cancer.

The point of interest I wanted to focus on was the results of recent research into sun exposure and mortality. Several studies in recent times have suggested that while reduced sun exposure certainly reduces the incidence of skin cancer, that same lack of sun increases your chance of dying! One Swedish study– Avoidance of Sun Exposure is a Risk Factor for All-Cause Mortality – followed 29 500 women aged 25 – 64 for more than 20 years. By the end of the study, 2545 women had died. While the sun avoiders were less likely to develop skin cancer, they were found to be twice as likely to die from other causes.

Does this mean that all that advice about sun exposure is wrong?

No. But the research suggests we certainly need to re-assess the relationship of sun exposure with our overall health and wellbeing. Why could the sun be so important to us? Well, it comes down to vitamin D, which, until relatively recently was thought of as relatively low priority. Vitamin D is widely known for its role in calcium homeostasis and maintenance of skeletal health. More recently, the interaction of vitamin D in other bodily functions has become clearer.

Activated vitamin D functions more as a hormone than a vitamin. It plays a role in insulin and thyroid hormone secretion, cell cycle regulation, immune modulation, cardiovascular function and in the control of inflammation. Recent studies show that low levels of Vitamin D are associated with an increased incidence of a wide variety of diseases including heart disease, stroke, multiple sclerosis, mental illness and many cancers, including malignant melanoma

So what do you need to do?

It’s clear that Vitamin D deficiency is common in our modern society – especially prevalent in people confined to the indoors. The average Canberra public servant is prime candidate, with little time spent outside, and those lucky enough to fit in a lunch time walk generally clothed neck to ankle. It is estimated that Vitamin D deficiency affects around one third of the population. Re-assessing the way you expose yourself to the sun could be a start.

Exposing more of your body to the sun for short periods, and still protecting those areas that are generally over-exposed (face, hands and neck) is an option. Another option is consuming foods high in Vitamin D. Cod liver oil, mushrooms, oily fish, fortified cereals, tofu, caviar, pork, dairy products and eggs are all high in Vitamin D. Cod liver oil would fall into the category of supplementation, and supplementing with this or Vitamin D in capsule form would be another option.

What are the keys to good health?

I think one of the keys to good health, as I tell my chiropractic patients, is that we should attempt to live our lives closer to the way we are genetically suited to. Prior to the modern era, as hunter-gatherers, we would not have been stuck in lightless office buildings, only to briefly escape into the sunshine fully clothed.

We would have had times of sun exposure intermittently each day. While those hunter gatherers may have had more skin cancers, they certainly did not have the rate of heart disease, cancer, obesity mental illness and diabetes that we have today. Get a little sunshine in your life!