Reducing Stress During Pregnancy: Good For Mother And Infant 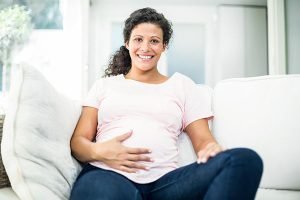 The anticipation of a new addition to the family along with the physical stresses and changes during pregnancy can create a stressful time for a mother. Normal physical and hormonal changes can be daunting and excessive stress during pregnancy can produce unwanted consequences for the health of an unborn baby.

A certain amount of stress is normal and natural during pregnancy, just as it is for any other stage of life, but your Canberra Chiropractors recommend minimising stress levels. High and sustained levels of stress can impact the physiology and future health of your baby.

The Dangers Of Stress During Pregnancy

Asthma and Allergies – Research demonstrates that children born to highly stressed mothers have an increased possibility of developing asthma and allergies. Scientists followed 387 mothers and children, discovering that mothers with high stress levels had infants with higher levels of an antibody responsible for allergic reactions.

Children affected in this way may show an inappropriate immune response during their developing years to common allergens such as with dust mite exposure in the home, increasing the chances of asthma and allergy (Amer Thorac Soc 2008;Epub).

Brain Development and Behaviour – Excess levels of circulating cortisol can affect the brain development of a foetus, which can negatively influence a baby’s personality and brain function.

The journal Clinical Endocrinology studied the intelligence of more than 100 babies and toddlers whose mothers had suffered unusually high levels of stress in pregnancy was studied. In January 2015, results were released showing this group’s IQ was around 10 points below the average. http://www.theguardian.com/science/2007/may/31/childrensservices.medicineandhealth

A neuroscientific journal noted, “Excess circulating maternal stress hormones alter the programming of foetal neurons, and together with genetic factors, the postnatal environment and quality of maternal attention, determine the behaviour of the offspring.” (Neurosci Biobehav Rev 2008;Epub.)

Adolescent Depression – A lengthy study followed babies until adolescence, and suggested that maternal stress predisposes children to depression later in life. Mothers with high stress during their second trimester had children who exhibited high levels of cortisol in adolescence. (Neropsychopharmacology 2008;33:536-45).

Diabetes – Type I Diabetes, once known as “juvenile diabetes”, normally appears in childhood or adolescence, and is chronic and incurable. In a Swedish study, 20,920 non-diabetic pregnant mothers completed a psychological questionnaire. After childbirth, umbilical cord blood was tested for signs related to diabetes.

Elevated levels of chemical markers for Type I diabetes were found in newborns whose mothers were unusually tense or endured a stressful event during pregnancy (Ann N Y Acad Sci 2006;1079:345-9).

Preterm Birth – Severe stress, anxiety and depression all increase the risk of premature birth and low birth weight. Researchers have determined that women with profiles indicating high stress are at 40 per cent higher risk for low birth weight and preterm deliveries, while the birth weight of their infants was 51 grams lower (Acta Obstet Gynecol Scand 2006;85:277-85).

Stillbirth – In a decade-long study, Danish researchers analysed stress questionnaires from nearly 20,000 pregnant women. Alarmingly, pregnant women in the highest stress category had an 80 per cent increased risk of stillbirth compared to those with an intermediate level of stress, regardless of all other factors (BJOG 2008;115:882-5).

Stress is unavoidable, and part of all our lives.  But how stress is handled seems to be key.  Dealing with and dissipating stresses before they accumulate and become overwhelming helps decrease the chances of stress-related complications during pregnancy and beyond.

See Us at Canberra Spine Centre

If you are pregnant, or considering pregnancy, take control of your health by talking to your doctor of chiropractic at Canberra Spine Centre. We provide holistic advice and treatment for a variety of health issues including some related to pregnancy.