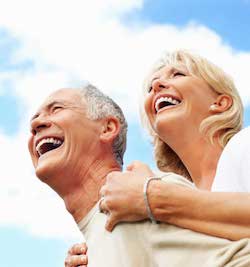 You may not be aware of your true health potential

Can a leopard change its spots? Can an old dog learn new tricks? Silly questions on the surface, but in relation to health, I’d like to state that the answer is often ‘yes’. In these next few articles I will shed some light why we are often not aware of the possibilities of good health. I will delve into the nature of human beliefs, the science of neural plasticity, and up-to-date information on what is possible with an ageing body.

My patients in Canberra, especially the more elderly ones, often ask, ‘is it too late for me?’
What they really mean is, ‘at this stage in my life, at my age, is it too late for my body to heal and get well, and learn to function properly again?’ They often don’t have the right question, nor have they the answers. As a consequence, many people live their life under the false impression that, with regard to their health, they are stuck where they are and that’s as good as it gets. As a chiropractor, I’m in a unique position. Not only am I lucky enough to provide chiropractic care for a large age range – from infants through to the elderly. I also have the tools necessary to create, and have been in practice long enough to see great changes in people’s health that they never thought possible.

How did we get this blind spot?

How did we get to this point, where people don’t think they can change, get better, or return to great function and health? Part of answer to this lies in our inability to accept information that runs counter to our current understanding of the world around us. Our beliefs suffer a type of inertia – we really don’t feel comfortable taking on vastly new ideas. Scientists are not immune to this phenomenon. The scientific method itself is sound. Put simply, when scientists (whether that be medical scientist, physicist, or other) ask a question, they are looking to put forward an idea that is a more accurate model of what they are observing than the current one. The question, or what scientists call a hypothesis, requires to good evidence to be answered. If it’s an experiment, that same experiment needs to be able to be replicated by many other scientists to be validated. Then everybody can say, ‘we can see how you came to that conclusion, and we even did it ourselves – saw it with our own eyes. It must be right!’

A simple example was the model of the Earth revolving around the sun – the ‘heliocentric’ universe. The idea of heliocentrism had been explored over the previous centuries, but it was not until the 16th century that Copernicus revived and elaborated it. However, it was not until the next century, well after Copernicus’ death, that heliocentrism was accepted as fact. Why did if take so long for this fact to be accepted? Well, the paradigm of the day had some strong proponents, among them the church. Heliocentrism was seen to contradict the bible and was thus a form of heresy.

You would think that in the modern times, we might suffer this affliction less, but history is littered with stories of new information or discovery being at first discredited for many years before finally being accepted as self-evident. We would like to think that scientists are immune to this problem, but they are just as susceptible as the normal population. When we have a belief, we tend to seek out the information that confirms that belief, and ignore that which contradicts it. To make matters worse, we tend to become ‘attached’ to our beliefs, and will fight tooth and nail to defend them, even in the face of overwhelming evidence to the contrary. This behaviour has been observed in many cults. Often when cult members are faced with facts that, from an objective point of view, should undermine their chosen belief, this will often cause a ‘pushing back’ effect, and actually strengthen those beliefs under threat.

Your health care practitioner can get it wrong, too!

As a chiropractor, I have seen this many times in my career. Early on, it was something as simple as the description of the ‘fixed’ (non-moving) bones of the cranium or sacroiliac (pelvic) joints appearing in anatomy text books of the time. Chiropractors had been moving these joints with their adjustment techniques for many decades, and were well aware of the movement there, but the people writing the texts were studying corpses, not live and moving human beings.

Later it was that spinal manipulation was dangerous, before the overwhelming evidence accumulated to support spinal manipulation as both extremely safe and effective in the treatment of a variety of spine related conditions. I would be naïve to say that chiropractors themselves have not been guilty of the same – quoting some research for support while ignoring non-supportive material. We are all guilty at times.

Why you might be told, ‘you can’t be helped’

Many of my patients, and perhaps more so the elderly, have given up hope of that they can be healthy again and recover the quality of life they desire. Sometimes this belief is just something they’ve inherited without thinking. Other times it may be that their medical doctor has told them that ‘you can’t be helped’. A more accurate way to put it would be, ‘I can’t help you, but someone else may be able to’. When you practice medicine, your forte is often in dealing with crisis and emergency – there is no-one better. While medical doctors are definitely the go to profession for the management of symptoms and disease, there is a down side. When practice is focused on ‘fighting’ or ‘suppressing’ disease or symptoms, there is less focus on enhancing the body’s natural ability to heal and repair itself. As a consequence, you don’t get to observe much of this in your practice. As a chiropractor, I don’t do surgery, and I don’t prescribe drugs, so I can’t comment with authority on the effectiveness of these things in practice. In the same way, a practitioner who does not utilize spinal adjustment, rehabilitation exercises and home advice to help their patients on a daily basis will not be so aware of the benefits. Hence the statement my patients so often tell me they’ve heard – ‘you can’t be helped’.

What can I do to overcome this?

So as a consumer, how can you be more open to the possibility of great health? Firstly, don’t believe everything you hear. Sometimes, the ‘expert’ you are talking to really is just expressing opinion and not fact – they may not be across all areas related to health. Secondly, ask questions. A good one is, ‘why is that so?’ Another good one is, ‘what is your experience of ….?’ Being curious, open to new ideas, and ready to question both new and old ideas will bring rewards not only for your future health decisions, but for life in general.

In my next articles, I will venture into areas of health where current understanding is changing rapidly, and new hope is emerging for many people.